About out OB/GYN Doctors 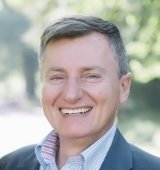 John Labban, M.D. is a specialist in Obstetrics and Gynecology. His wife, Ghada, is a registered nurse and their sons, Jad, Raymond, and Andrew, reside in Bloomington.

Dr. Labban, a third-generation physician, received his medical diploma from the state of New York, delivered through the American University of Beirut in 1987. He trained for three years in Obstetrics and Gynecology at the American University Hospital in Beirut. Then he came to the United States where he completed his internship at St. Joseph's Hospital in Phoenix, Arizona, and his residency in obstetrics and gynecology at Jackson Memorial Hospital in Miami, Florida.

In June 2001, Dr. Labban was persuaded by his close friends Drs. Souheil and Fadi Haddad, who were well established in the area, to move to Bloomington.

Dr. Labban is multilingual. In addition to English, he speaks Spanish, French and Arabic. He is certified by the American Board of Obstetrics and Gynecology and is affiliated with IU Health- Bloomington Hospital and IU Health-Paoli Hospital. Dr. Labban is a Clinical Associate Professor at the IU School of Medicine. Dr. Labban has received many awards, most recently, the "Be More Award." 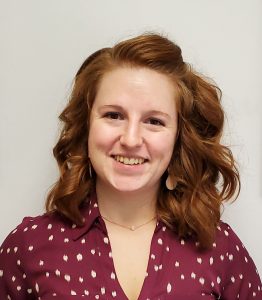 Samantha graduated from Ivy Tech Community College with an Associates Degree in nursing in 2015. From there, she spent her first 5 years of nursing on labor and delivery, where she found her passion for Women’s Health. During that time, she completed her Bachelor's Degree in nursing from Indiana University in 2016. In 2018, she knew she wanted to continue her education so she pursued her Masters Degree in Women’s Health at Kent State University. She graduated in 2020 and continued to work with her labor and delivery colleagues, where she was offered the opportunity to continue working with Dr. Labban.

Samantha is local to the area and grew up in a small town just north of Ellettsville. She is happily married to her husband of 9 years and they have one child, Ella, who is 2 years old. Together they enjoy leading active lives outside of their careers, holding hobbies of fitness and inspiration of their community, and ATV racing.  She hopes to bring her passion of Women’s Health and general health to her patients in a positive way.